Naruto has been pulled into a different dimension by Jigen. There he encounters Sasuke, who tells him that Jigen is a dangerous person and that they must do whatever it takes to defeat him immediately. Naruto and Sasuke work together to defeat Jigen in a fierce battle, but they struggle against Jigen’s advanced fighting abilities and mysterious jutsu. Meanwhile, Boruto gets a bad premonition when his Karma starts acting up, and so he quickly returns home with Mitsuki. Kawaki and Sarada are there, worried about Naruto’s safety. 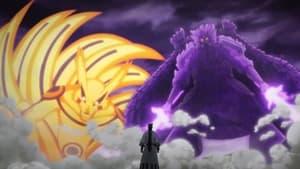 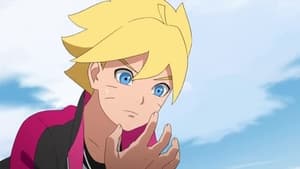